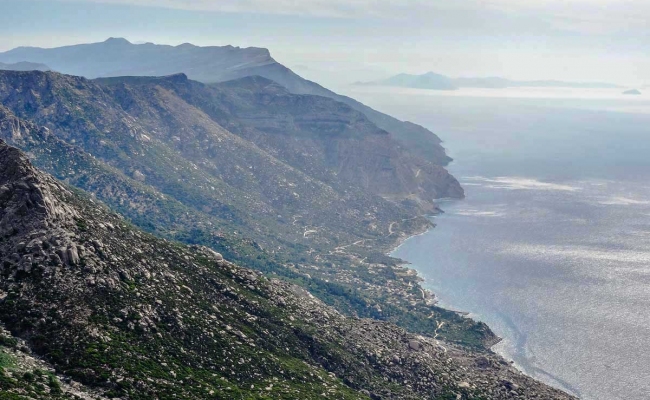 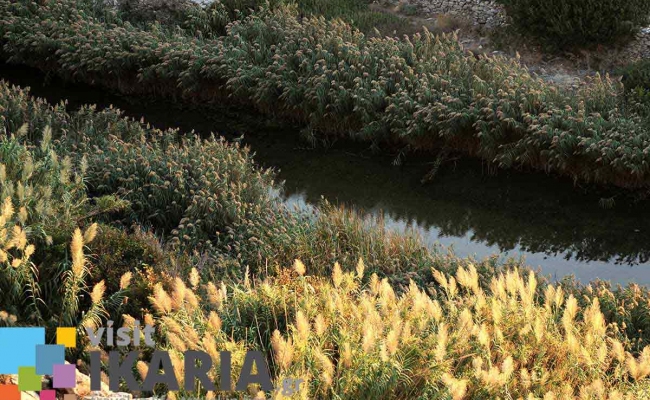 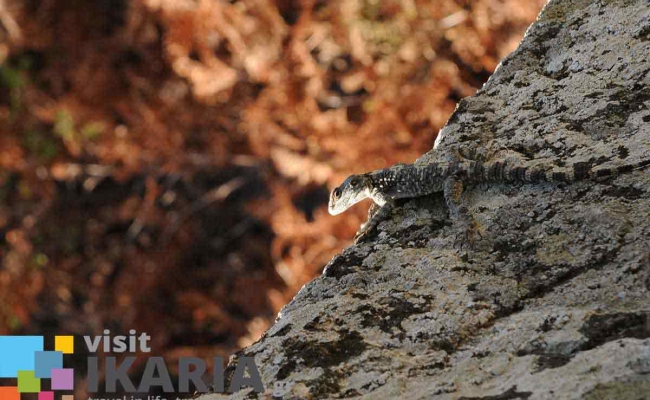 Agios Nikolaos - River Ηalaris - Nas. Code: Site of Community Importance (SCI). On the south side of the island (Agios Nikolaos),calcareous rocky habitats with steep cliffs are found. In this area, a significant proportion of endemic flora of the island is located. Halaris is a constantly flowing river that crosses the island in the direction from south to north. Riparian clusters of plane surround the riverbed. An archaeological site, the temple of Artemis Tavropolos,` is located at the mouth of the river.

Fanari Ikaria. Code:GR4120004 (NATURA 2000) and Site of Community Importance (SCI). Fanari includes many marine habitats. Specific types of habitats that characterize the open seas, are considered typical of the marine environment of the Mediterranean, with the main representatives of the sandy shores and Posidonia. The area is characterized also as CORINE Biotope with code Ag0030072. Fanari is the North Cape of Ikaria with steep cliffs and sandy beaches. The area is characterized by stability, as ecosystem. It is an important area for the Mediterranean monk seal (Monachus monachus) and the Turtle (Caretta caretta). Basic threat of the biotope is illegal fishing.

Mount Atheras and Plagia. Code: GR4120004 (NATURA2000) and Site of Community Importance (SCI). The mountain Atheras (highest peak 1.042 m) is bounded in the central part of the island and consists mostly of shales. The frequent presence of fog and cloud formations, create the highest relative humidity, even in summer. At points, the open type of vegetation is the result of grazing. The scrubs and few protected areas, show that the island was once covered with forests. It is also a biotope of CORINE with the code Ag0040069. The area is degrading slowly. The limestone cliffs host locally endemic plants. The region has sea caves, where Monachus monachus is found. Main threats to the region are grazing goats, arson (for improving pastures) and the expansion of the road network. The area presents a rich vegetation of rare plant species. It is an area of high importance for protection. It also hosts a wide variety of birds, reptiles and amphibians, such as Monachus monachus and Ikaria's Lizard (Lacerta oertzeni oertzeni).